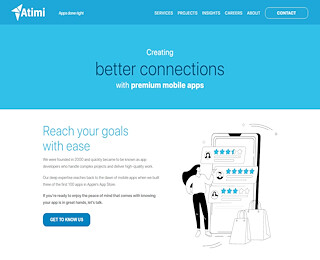 There are more than 1 billion Apple devices throughout the world today that are running on iOS, and that number is going to rise. Therefore, companies and individuals who release apps should know that iOS app testing is crucial. iOS is Apple’s mobile operating system, and all Apple devices run on iOS. Once upon a time, not too long ago, iOS only worked for the iPhone, but now Touch devices and iPads run on iOS too.

This means that more and more Apple users are using devices powered by iOS, which means that iOS app testing is more important than ever. However, testing on iOS is not the same as testing an app on Android.

Unlike Android, Apple is a closed system. All releases of OS and Apple devices are well coordinated. This is a bonus for app testers for many reasons. For example, iOS app testing is easier than Android app testing because the size of the Apple devices that are released are specific and quality assurance is simple. By having a clear knowledge of which devices are on the market at any given time or which devices are scheduled to arrive on the market, our quality assurance team can determine the test bed for iOS testing.

Some of the Benefits of Testing Apps on iOS

Although there is often a steep learning curve with Apple’s automation tools, they tend to work very well for people who know how to use them. ATIMI, of course, knows how to use these tools effectively for iOS testing, so we can detect any problems and fix them fast.

Apple has very rigid protocols and guidelines for entering an application, which is another benefit for app testers. This minimizes the chances that a well-built app will be rejected following its submission.

There are many other benefits to testing iOS apps as well that we’ll go into detail about at another time.

Device We Test On

These are websites that can be accessed from an iPhone’s Safari browser.

These run natively on supported iOS devices like VLC, Flipboard, and Uber.

Hybrid apps are a combination of Web-based and native applications.

We’ll test to ensure that all of the components of your app are functioning together properly. We’ll use real Apple devices during the testing process to ensure expected outcomes. The UI/UX testing is just as important. We’ll test for inputs, hard keys, soft keys, and screen.

We’ll Test to Make Sure Your App is Secure

Of course, no app testing would be complete without security testing. Protecting the data of your company and your users is vital to your app’s success. Also, we’re sure that you want to protect your proprietary assets as well. ATIMI will make sure your app is safe and secure for everyone who uses it.

Talk to a Web Expert